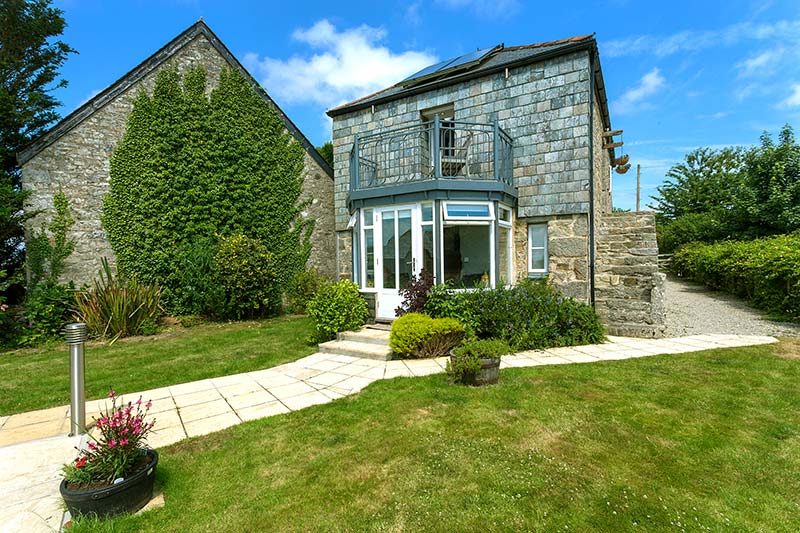 Described by the judges as a ‘a shining example of how self-catering accommodation providers can be sustainable, responsible and ethical in terms of their impact on the environment’, owner Stephen Chidgey beat off shortlisted competition from property owners in Wales, the Outer Hebrides and Northern Ireland to win the title.

Stephen believes in going the extra mile when it comes to all aspects of his hospitality provision. Having first bought The Old Barn in 1988, he gave the 250-year-old cottage a complete overhaul 25 years later.

“The building had damp, the roof was in poor shape and the windows and doors needed replacing,” he says. “Worst of all, was the energy consumption. I had an old oil-fired Aga and an oil-fired central heating system that were both proving hugely expensive and I didn’t want to go on paying those sort of bills – especially when I retired.”

Cue a transformation that Stephen designed himself. Sustainability was key so, as well as undertaking a complete refurbishment, he also had a ground source heat pump fitted under the garden, installed solar panels in the roof and harvested rain water for the washing machine and toilet. Unusually for a single self-catering property, Stephen also put in two electric charge points.

The makeover resulted in impressive business success, with high levels of bookings achieved every year since and a clutch of prestigious accolades that include winning several golds in the Cornwall and South West Tourism Awards.

“I’m totally committed to giving visitors the very best holiday experience possible and to be described as the UK’s ‘best eco-friendly rental’ means a great deal to me,” says Stephen. “I’m passionate about Cornwall and it irks me when I hear reports of people enjoying a less than perfect holiday because their accommodation hasn’t been up to standard. We’re lucky enough to live in a wonderful part of the world and it’s important that the facilities and service we provide for guests exceed expectations too.”