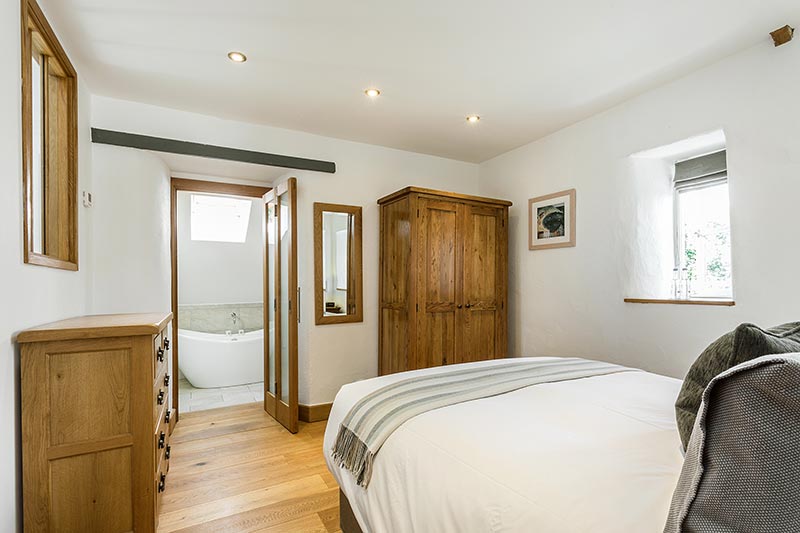 It’s the height of the summer tourism season and hospitality providers throughout Cornwall are busy catering for guests. Ensuring a high-quality visitor experience is a priority for most but how can that be achieved when something goes badly wrong?

That was the awful dilemma facing Stephen Chidgey when he suddenly realised that an online mix-up meant that his award-winning holiday property, The Old Barn at Tregonetha, had been double-booked. With one set of guests already arrived, Stephen got a phone message to say another couple would be there within the hour.

“I can’t even begin to describe the horrible feeling in the pit of my stomach,” said Stephen, who has won gold at both the South West and Cornwall Tourism Awards for the last two years. “It was a genuine mistake that happened when there was a changeover in booking systems but the last thing I wanted was for someone’s holiday to be ruined.”

With little time to sort things out, Stephen quickly identified another, more expensive, self-catering property nearby that was still available and booked it. He then prepared himself for the horrible task of meeting the couple, Wayne and Dawn Neale, who thought they were staying at the Old Barn and explaining what had happened.

“Stephen couldn’t have handled the situation better,” said Wayne, from Shropshire. “My wife Dawn and I were initially very upset, but he took us into his house, gave us a cup of tea and told us that he had arranged alternative accommodation and would be paying the extra himself. He also gave us money so that the two of us could enjoy a nice meal out at his expense that evening and promised that we could come back whenever we liked and have a free week’s stay in Tregonetha.”

The couple have just taken up that offer.

“Thanks to Stephen, we’ve had two of the nicest holidays we’ve ever had in Cornwall and can’t thank him enough,” said Wayne. “I work in sales and know how important customer service is. What Stephen did for us to remedy a difficult predicament is remarkable.”

Like Wayne and many others, Kim Williams, from Essex, can’t rate Stephen highly enough.

“We visit Cornwall twice a year and will always stay in Stephen’s property,” said Kim. “I’m extremely fussy about accommodation and want it to be top quality. I liked what I saw on the website, but the reality is even better. The cottage has everything you could possibly want and Stephen is a lovely, caring host who is there if you need him.

OLD BARN TREGONETHA HAS NOW RE OPENED
& WE HAVE RECEIVED COVID CONFIDENT CERTIFICATION!

All July, August and early September has now been fully booked. The only availability we have remaining is:

Information for anyone that had a visit booked during the period when we were closed: We have invited guests to reschedule their visit to Cornwall anytime available later in the year or to carry over to next. Our policy is to give full refunds where alternative dates are not suitable or where a full refund is requested. Our prices will not be increased for any bookings and will remain same for 2021.

We thank all our guests for their co operation and help during this difficult time.

THANKS AGAIN, STAY SAFE
& WE HOPE TO SEE YOU SOON!
Stephen & Allen

×
We use cookies to ensure that we give you the best experience on our website. If you continue to use this site we will assume that you are happy with it.I'm Happy!Privacy Policy